POPULISM IN THE CIVIL SPHERE 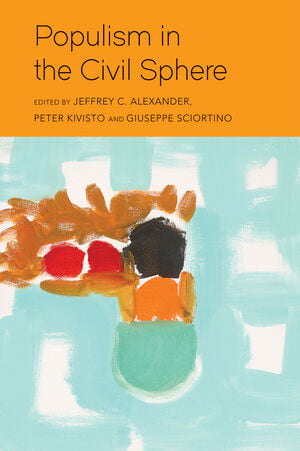 Even as the specter of populism haunts contemporary societies, scholars have not been able to agree about what it is. Except for one thing: a deviation from democracy, the source, it seems, of the precarious position in which so many societies find themselves today. This volume aims to break the Gordian knot of “populism” by bringing a new social theory to bear and, in so doing so, suggesting that normative judgments about this misunderstood phenomenon need to be reconsidered as well. Populism is not a democratic deviation but a naturally occurring dimension of civil sphere dynamics, fatal to democracy only at the extremes.

Because populism is highly polarizing, it has the effect of inducing anxiety that civil solidarity is breaking apart. Left populists feel as if civil solidarity is an illusion, that democratic discourse is a fig leaf for private interests, and that the social and cultural differentiation that vouchsafes the independence of the civil sphere merely reflects the hegemony of narrow professional interests or those of a ruling class. Right populists share the same distrust, even repulsion, for the civil sphere. What seems civil to the center and left, like affirmative action or open immigration, they call out as particularistic; honored civil icons, such as Holocaust memorials, they trash. How can the sense of a vital civil center survive such censure from populism on the left and the right?

Populism in the Civil Sphere provides compelling answers to these fundamental questions. Its contributions are both sophisticated theoretical interventions and deeply researched empirical studies, and it will be of great interest to anyone concerned about the most important political developments of our time.